F-Class matches are comprised of two divisions: F-TR which is shot with a .308 and bipod and F-Open which requires shooting off a rest with any caliber less than 8mm.

The most notable and exciting event was Team USA’s F-TR come from behind victory to take the Championship in the last few minutes of the 2 day competition.

The first day started with Team Australia taking an 11 point lead with Team Canada trailing by 6 points leaving Team USA in third. Team USA was able to make up a few points at 700m and shot even with the Australians at 800m leaving them 9 points down going into the final 900m stage.

While Team Australia chose to start shooting right away in what looked like easy conditions Team USA waited, hoping for better conditions. While the team anxiously awaited better conditions, they remained focused and ready. Luck was on their side and the conditions calmed but with only 12 minutes remaining to finish a string of 15 shots. Team USA shooter Derek Rodgers rose to the occasion and only dropped 2 points and gave Team USA a 6 point victory.

Their determination, perseverance and nerves of steel paid off. Both Team USA shooters and coaches to performed flawlessly making this a very memorable Worlds.

We are extremely proud of all the Team USA shooters and coaches for representing our great country at this event. Job well done! We look forward to seeing you in South Africa in 2021.

Bore Tech has been a proud sponsor of the US F-Class shooting team for over 15 years and has provided products such as our Proof-Positive Bore Stix, Proof-Positive Jags, Proof-Positive Nylon Brushes, Eliminator Bore Cleaner and more. Bob Bock an accomplished Team USA shooter puts it best, “Bore Tech products are proving that clean bores win matches.”

Team USA and Bore Tech are a proven, winning combination. 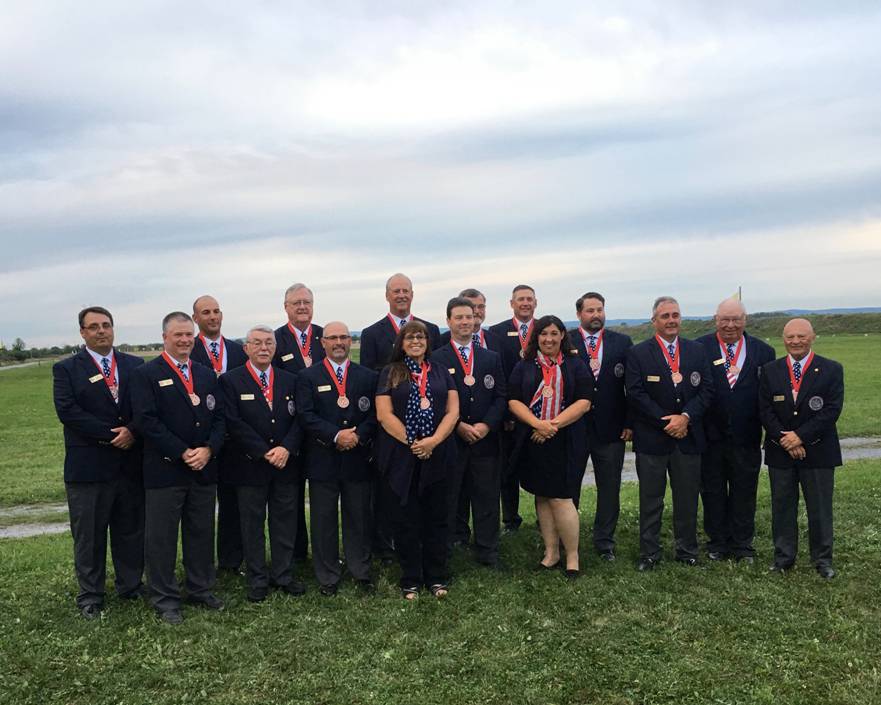 In the Rutland Cup (4 shooters) event, two teams were allowed from each country, our USA BLUE team came in first place, while USA RED team came in third place.

One great piece of news is that every member of the US contingent came home with a medal!

The Individual Aggregate event was won by Rod Davies of Australia. Twelve of the top twenty-five were USA shooters, which was an excellent achievement. Here are the top 25: